We Didn't Start The Fight 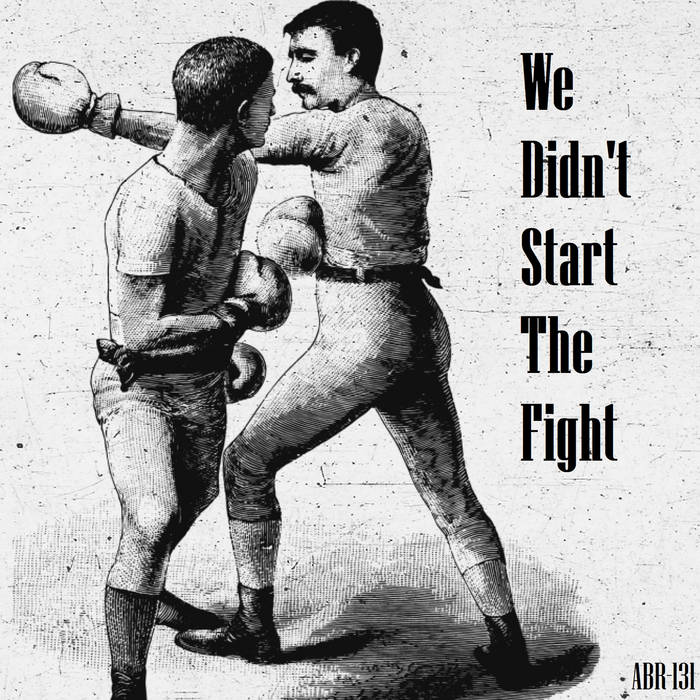 Cameron R. Waitress by David Gluck put a big ol' smile on my face when those orchestral strings came in. I enjoyed the other songs on this album as well and strongly suggest taking a listen to this compilation.

writerrb What a wonderful collection of a variety of songs. A little taste of everything.

This week's collection is entitled We Didn't Start The Fight, directly inspired by The Cancellations' new record, Fist Fight. The band have kindly contributed 'It Won't Leave Me Alone' to this compilation, a fine example of their modern take on powerpop. We also collaborate with FDH Records once again through the bombastic punk addition of Trash Knife. Big Stir Records begin a partnership with us this week too. ABR will be bringing you songs from their monthly album releases for the foreseeable future. This week, we welcome The Stan Laurels.

It is with great pleasure that we also welcome back some good friends. Sue Decker returns with her unforgettable Canadiana blues, Steven Palmer delivers his country meanderings and Paul Broadhead gives us some more pop rock goodness. As always, please download, listen loud, dig deeper with your discoveries, and support Aldora Britain Records and independent music.

There are further new additions this week and they are many and varied. We have the bluesy swamp rock of Ged Wilson, the deep funk groove of The Blaxound Family and the rootsy folk rock of Bucky Halker. There is British Americana from The Lost Notes, folky 'Nordicana' from Waterfahl and brilliant alt folk from David Gluck. Fran Clark gives us soulful R&B, Michael Gabriel & The Quixotics bring us alternative pop and The Chimney Brothers deliver us garage rhythm and blues.

Marvin McDaniel has the funk rock covered before we have a set of Americana gems from Dance Bullies, Praying For Rain and Pi Jacobs. To conclude, we have the art folk of Benjamin Russell, the nu-country rock of Nick Kizirnis and the spacey shoegaze of La Cerca.