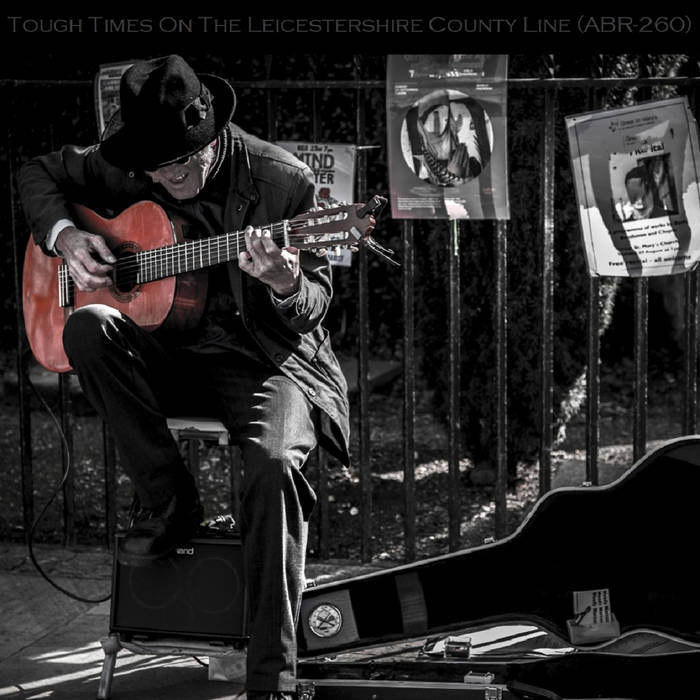 Aldora Britain Records proudly presents Tough Times On The Leicestershire County Line, a collection of 26 eclectic musical selections from all around the globe. This week's title is a reference to Bitter Pill's 2020 LP, Desperate Times On The New Hampshire State Line. A selection from that record, 'Hungry, Broke, Travelin' Folk', an unforgettable piece of skiffle bluegrass, is included here.

We welcome back several old friends this week to help us out. From Italy, we have the strutting 60s-influenced glam rock of The Shea, and from Poland, we have the driving and alternative noir blues of Blues For Neighbors. Hello London return with their matured take on modern alt rock, Bruce Madden gives us reverberating bluesy surf rock, and Shawn Smith brings us travelling Americana folk rock. There is quirky storytelling folk rock from Doug Hoekstra, and anthemic guitar-driven synthwave from Erzo.

* Bloodloss are an old band of Gord Wilson's.

This album is dedicated to Kim White. Special thank you to all the artists, bands, producers and labels involved in the making of this compilation. Artwork taken from the image 'Guitarist On The Street' by George Hodan, used and modified under Public Domain license. Album compiled by Tom Hilton for Aldora Britain Records (ABR-260).

More Bloodloss: NOT AVAILABLE ON BANDCAMP.

More Erzo: NOT AVAILABLE ON BANDCAMP.