On A Rainy Night In Croydon 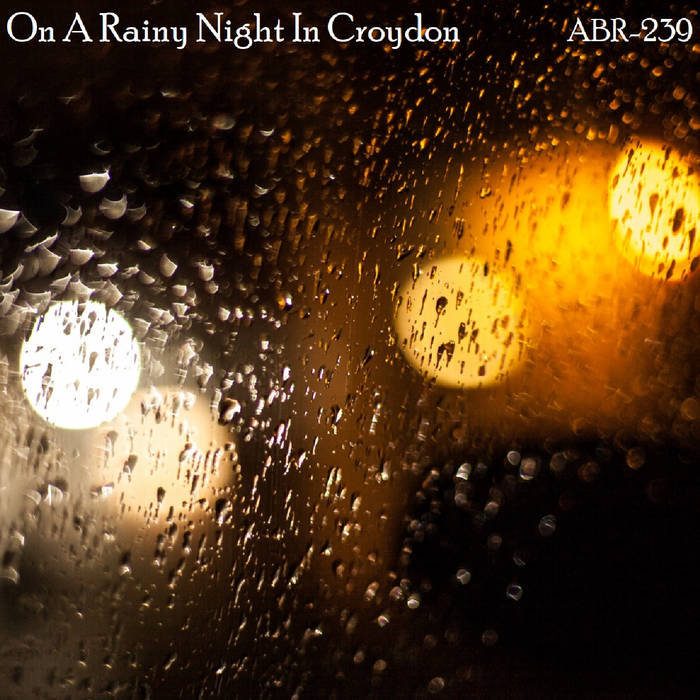 Chris O Thank you for featuring
The Curator! Great stuff. Favorite track: We Go Down.

This week, we present to you ON A RAINY NIGHT IN CROYDON, 25 hand-selected musical gems from around the world. The album shares its names with Trambeat's contribution, a band that we have enjoyed collaborating with, featuring on compilations, and playing on the radio. Unfortunately, the band lost a brother in bandmate Robin Ogleby earlier this year. This release is dedicated to his memory. The track itself, 'On A Rainy Night In Croydon', actually features Ogleby on the saxophone, a new wave soul stormer and a fitting tribute.

We welcome back several other good friends as well. Anthony Harrison, that ol' bastard from Carolina, returns to open proceedings with his old-time garage country. We also have a contribution from the mighty Big Stir Records. This week, we venture back to Chris Church's 2017 album, Limitations Of Source Tape, and present his unforgettable melodically-minded pop rock. Yet another side project of the Ordinary 5 appears in the form of The Swell Crusade's superb driving college rock, and there is no holding John O'Sullivan back with his indie folk rock songwriting.

Elsewhere, Scratch Buffalo contribute their strutting garage punk, and we have the nostalgic jangly post-punk of Skaema and the jazz-inclined prog songwriting of The Curator. There is neo-traditional English folk from Henry Parker, blues-tinged classic rock from The Dead Show Dealers, and tenderly-crafted art pop from Dave Ruder. Zhir Vengersky gives us punky minimalistic new wave and Miss Parker wows us with a static cold wave explosion.

And it keeps getting better! We have the huge anthemic post-punk of Nothingtown, the endlessly roaming shoegaze of Bantam Lyons, and the lovingly-crafted indie folk of Calvin Thomas. There is contemporary sophisti pop from Nick Hamlyn, progressive indie pop from Mexican Middle Class, and expansive dreamy pop from Stacking Pennies. Canid look back at their nation's relationship with aboriginal peoples with their alternative noise rock, and Fuzz & Mighty deliver their primal fuzzy punk.

There is straight-up DIY punk from Stuck On 45, DIY emo experimentation from Grandma Go, and progressive alternative musings from Limite. Scottish songwriter AJ McLovely concludes the album with her folk pop beauty. A special thank you to all the artists involved and the music lovers that keep coming back to AB Records each and every week. You are the beating heart of our worldwide community. Have a great week and see you next time.