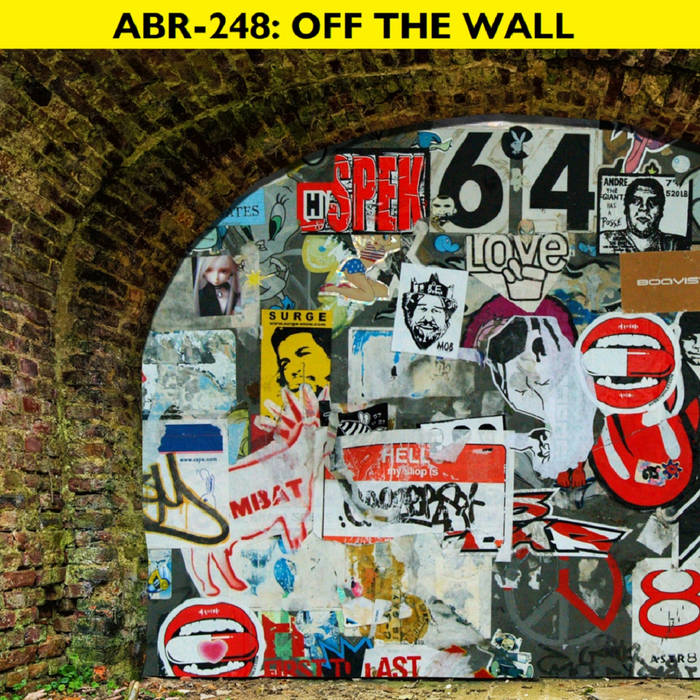 Aldora Britain Records proudly presents Off The Wall, a collection of 25 eclectic musical selections from all around the globe. The title this week is a reference to Charlton Lane's contribution, 'On The Wall'. This track is an adventure into sci-fi dance punk weirdness!

Alongside Charlton Lane, we welcome back several other old friends this week. We have Rowdy Yates (member of Running Wi' Scissors) who gives us a taste of raspy Scottish traditional folk, and Gearedmah returns with his hard and heavy take on post-grunge. There is also the neo-psychedelic folk rock of Cimrya Deal, the dirty and fuzzy heavy psych of Halo Noose, and the relentless banjo punk of Dark Bottle.

* Civic Duty is a side project of Ed Fitzgerald.

This album is dedicated to Everett Morton. Special thank you to all the artists, bands, producers and labels involved in the making of this compilation. Artwork taken from the image 'Graffiti Wall Background' by Karen Arnold, used under Public Domain licence. Album compiled by Tom Hilton for Aldora Britain Records (ABR-248).