I Guess That's Why (I Never Settled Down) 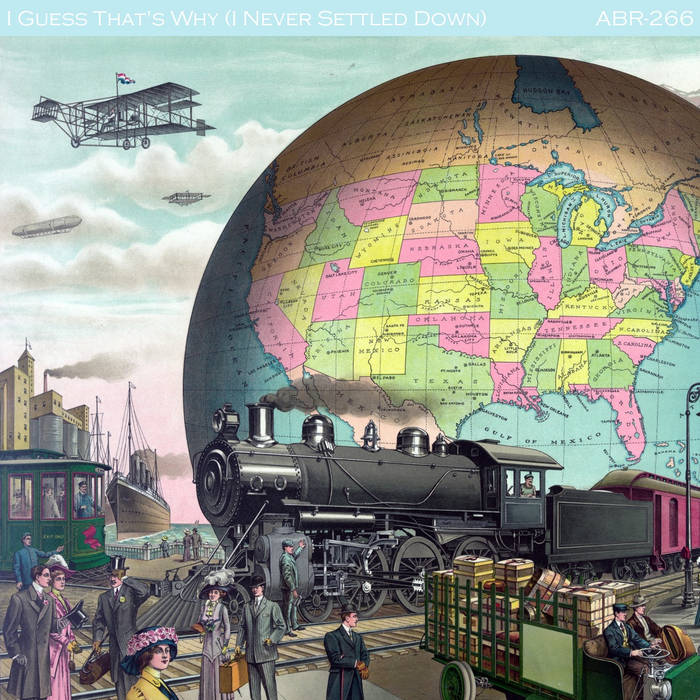 Aldora Britain Records proudly presents I Guess That's Why (I Never Settled Down), a collection of 26 eclectic musical selections from all around the globe. This week, our title track is provided by the old-time bluegrass balladry of Taylor Ackley And The Deep Roots Ensemble. Welcome to the family!

We also welcome back Skeleton Birds who contribute their orchestral and cinematic alt rock. 4000 Records are back again too. This time with the dreamy reverberating surf of The Double Happiness. It would seem Brisbane is a treasure trove of underground music!

** Carl Rust is a member of The Rust Show, also featured here.

This album is dedicated to Robbie Shakespeare. Special thank you to all the artists, bands, producers and labels involved in the making of this compilation. Artwork taken from the image 'Vintage Transport Collage' by Karen Arnold, used and modified under Public Domain license. Album compiled by Tom Hilton for Aldora Britain Records (ABR-266).

'A Host Of Heroes Rising In The East (With Torches Of Glory In Their Hands)' written by and used by permission of Tatsu Akiba, originally released on 'Swans Dance, Roses Bloom Like Mad' (2021).