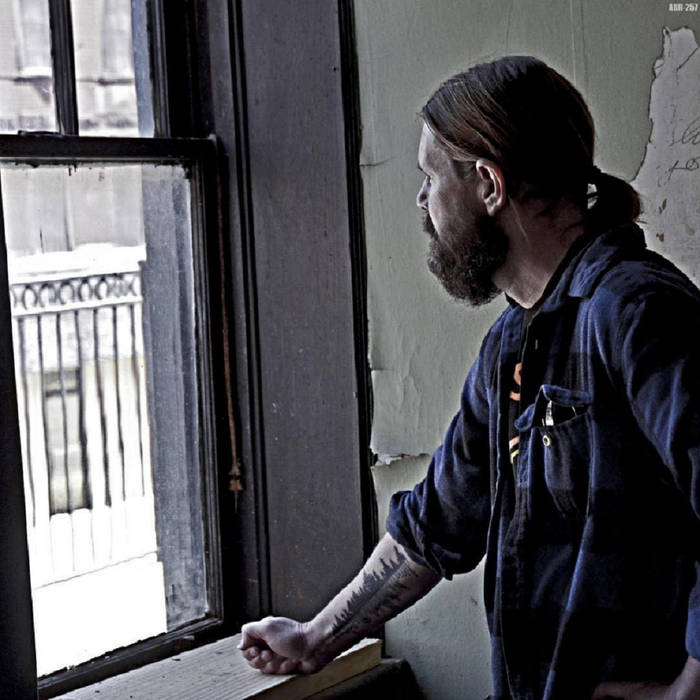 Aldora Britain Records is immensely proud and happy to welcome back our good friend Joel David Weir. Another fine slice of modern Americana rock and roll with an intrinsic indie folk sensibility and bluesy licks too. Joel brings us a superb deluxe edition of his new single 'Hey America', taken from his upcoming LP Little Sign Of Life, and featuring two exclusive, previously unreleased tracks.

Here's what Joel has to say about the single:

"I wrote 'Hey America' over 15 years ago. The original opening lyric is actually '31 years, got a few friends I can trust'. When I recorded it finally, it had become '45 years'. I'm 47 this year, approaching 50 they say. But as my mom says, it is just a number."

"This song has been a perennial favourite in my live set. It has had a few demo and live versions make their way to the surface, but never anything definitive or satisfying to me. My good friend Brandon Pfeiffer, who added backing vocals, along with Dan Deitrich, has played this song on the road with Vote."

"Common Good, it became a fight song for those good folks in their work. I always wanted to give this song the treatment it deserved. When I heard David Newbould’s 'Sin And Redemption' I realised this was the guy I wanted to give this song the punch it needed. The work David has done is some of the finest American folk / Americana rock songwriting and playing I’ve heard in a while, so I asked if he’d be willing to add some guitar. The result was beyond my expectation."

"I asked Brandon and Dan to be a part of this because of its connection to their work and life on the road. I love what they did in that it sounds like community - a gathering - not just some isolated singer. It's an invitation, which is what this song has always been. Matt and Paul did what they have done consistently on my songs for years now. They ‘getit’, they are some of the most instinctive and ‘listening’ musicians I’ve ever collaborated with."

"I found a good voice in this one. I can’t remember the initial reason for writing it, but it's become something of an anthem, a plea, a bid for something better, in this land of my own sojourn, a bid for us to remember our soul, remember the best of what this nation is built on. A bid to do the right thing by one another, to believe that’s possible, to embrace generosity of spirit rather than isolation and defensiveness in the face of struggle."

"I hope it helps and adds a little light and hope in these days that can sometimes seem pretty bleak. Thanks to all who listen and care. Peace. You are not random. You are loved."

A little background info on our digital B-sides:

'Southern Comfort' is an ‘unearthed’ previously unreleased track from the Balhinch Quarterly Sessions. This song was later played as 'N.O. Blue' in concerts. A live version was previously released on Aldora Britain Records as a B-side for the single 'Broken'.

'Turnin’ Mean Blues' is a home demo, recorded during Covid lockdown, and features the lovely and talented David Sparks on guitar and harmonica.

'Hey America' was recorded and mixed by Matt Cunningham at Smart Pig Recording and Sound, Crawfordsville, IN.

'Southern Comfort' was recorded by Mike Wilson at Aireborn Studios, Indianapolis, IN. Mixed by Matt Cunningham at Smart Pig Studios.

'Turnin' Mean Blues' was recorded and mixed by Joel David Weir at St. Squirrel Studios, Crawfordsville, IN. Additional tracking done by David Sparks at his home.

All songs mastered by Joe Procopio at 2 Track Mastering.

'Hey America' is the first single from the album Little Sign Of Life.