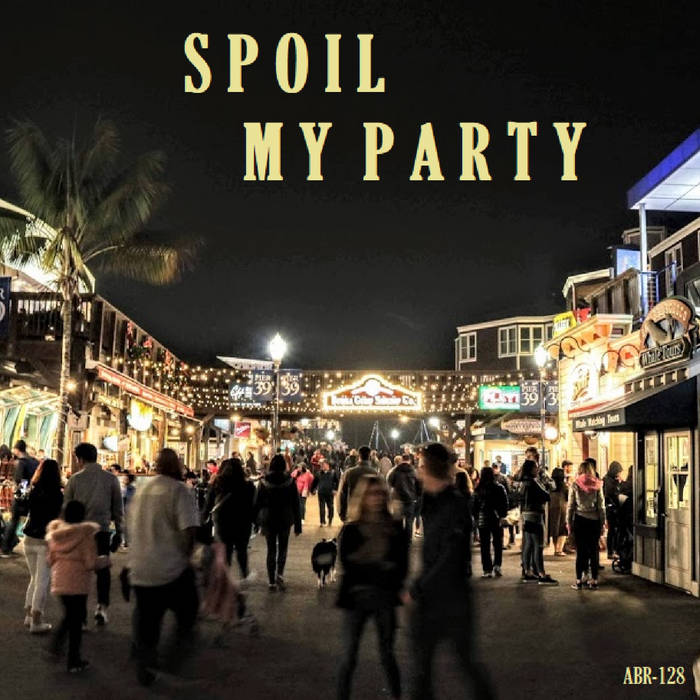 Spoil My Party is the name of this week's compilation. The title comes from a track by Anthony's Attic, a psych pop band from Germany. Confusingly enough, a different song from the group is included on this album. We like to keep you on your toes! We also welcome back Doghouse Roses, Americana-tinged folk rock from Scotland, and Pavey Ark, an indie folk collective from Hull. As always, please download, listen loud, dig deeper with your discoveries, and support Aldora Britain Records and independent music. There are 22 songs in total, you are sure to uncover at least a few gems!

Ian James introduces himself with his psychedelia-infused modern rock. Many will know Ian better as Chris Chin, our frequent radio collaborator from Boston. FDH Records also return for another contribution. This time it comes from synthpunk indie upcomer, Benny Leather. Christy Lynn Band open the compilation with a rumbling piece of country soul, Big Daddy T follows with some bluesy folk rock, and Drool Brothers bring us some fuzzy garage punk.

There is also avant pop from Ava Vegas, psychedelic folk from Violet Rigby, and experimental psychedelic rock from Asphalt Flowers. We have an explosion of funk with Happy Inc, Pardon The Interruption and The Buffalonians. Maddy Carty gives us neo-soul, Jon Wilks brings us traditional English folk, and Katie O'Malley delivers some British Americana.

This week's collection begins to wind down with the alternative psychedelia of Fuzzhoneys, the jazz-funk crossover of Jan Van Gold, and the experimental Americana of Cara Lee Coleman. There is a dub and ska infusion to finish with Zion Train and Arcurus. A superbly eclectic conclusion to a superbly eclectic compilation!