Locked Together On The Lines 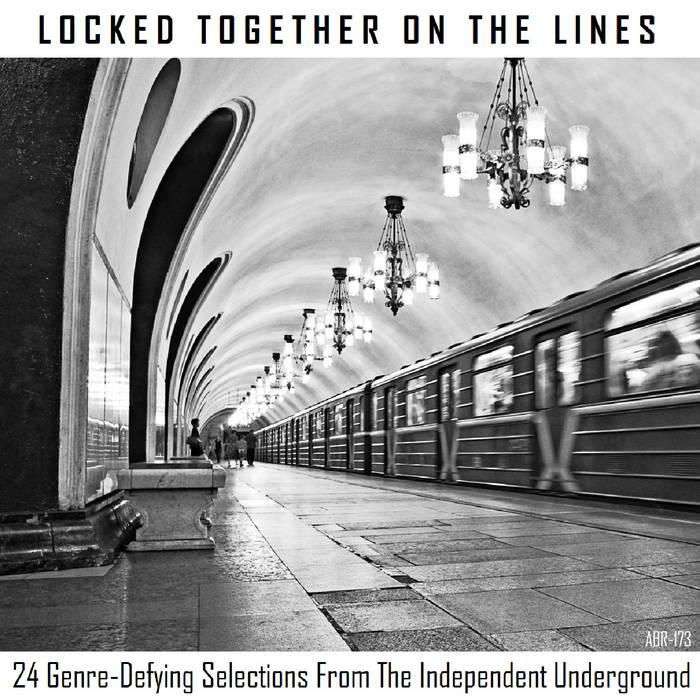 This week, we bring you the endlessly eclectic Locked Together On The Lines. 24 tracks of the finest, genre-defying music from all around the world. Something for everyone! The title comes from our good friends Theatre Royal, who contribute their brilliant take on British indie. As always, please download, listen loud, dig deeper with your discoveries, and support Aldora Britain Records and independent music.

We also welcome back The James Yeldon Band (folk rock) from Ontario and Steven Palmer (country folk) from Quebec. Ohio alt country/pub rock hero Sean Woosley also returns. This time he appears as part of his intriguingly-named garage county side project, The Fierce Lime and His Ponytail Assassins. Jack Law features once again with Raging Twilight, an Americana alt-folk collective from Glasgow, and Martoc contributes a track from his 1996 post-punk album with Nero's Acolytes.

It is a great honour to feature two tracks from Western Threads' brand new album, Cowboys in Montmartre. This will greatly appeal to fans of alt country and American folk rock. Suitcase Sam opens this week's collection with his unforgettable 'cowboy jazz' and Sweet Niece provide us with an insight into their 'gypsy rock' invention. There is swampy blues rock from Toronto's The Wanted, acoustic folk rock from Swansea's Jonathan Nicholas and American folk rock from Houston's Brightwire.

Kate Bankston brings us an infusion of modern soul, Jennis deliver us an alternative rootsy offering and Sal Fratto gives us honest indie pop. We have the dreamy psychedelic pop of Rosewater, the experimental prog rock of Eran Karniel and the alternative psychedelia of Steve Stroud. There is alternative indie from The Silver Beets, more art rock from Noxantes and neo-soul from Sofia Brunetta. Proceedings conclude with a traditional Celtic escapade from Chimney Swift and the dark country of The Old Man Coyote.

Special thank you to all the artists involved and the music lovers that keep coming back to AB Records. Enjoy, play loud and see you next week!