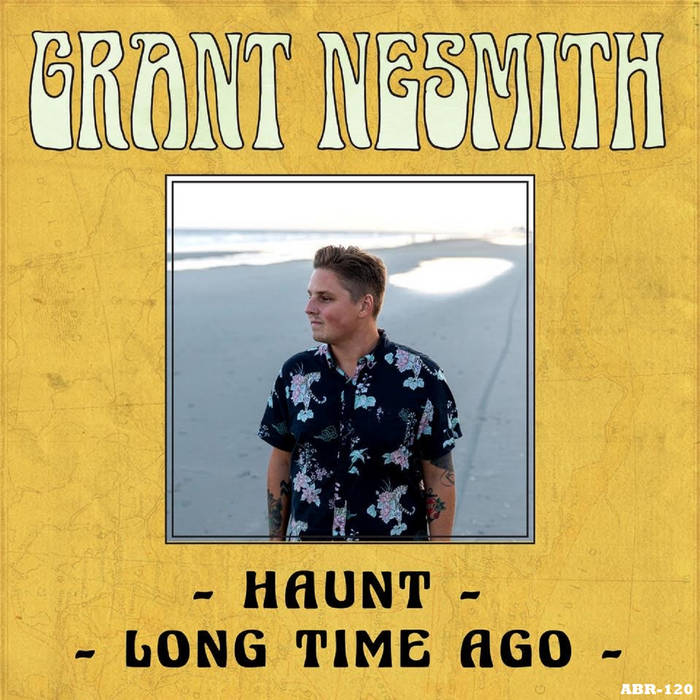 Aldora Britain Records are proud to present brand new music from South Carolinian singer/songwriter, Grant Nesmith. Gearing up for his second solo record, 'Haunt' is the first taster from the project. The single is also backed by exclusive B-side and non-album track, 'Long Time Ago'.

'Haunt' sees Nesmith back on the cosmic Americana highway as he travels through a soundscape of technicolour romanticism. The song is tenderly written with psychedelic flourishes and roaming ambition. A baroque and cinematic approach, it is almost as if Gram Parsons and The Byrds have been transplanted into the 21st century. 'Long Time Ago' puts more emphasis on Nesmith's country folk leanings and shows another dimension to his expansive sound.

"These two songs were recorded in the same sessions in late February, right before Covid hit the US hard. I had just played a show opening up for local legends in the South East, Jupiter Coyote, with producer, Ed Dennis, on pedal steel/vocals, and Nell Ciaccio on vocals/percussion. We had a fantastic time on stage together, so we decided to take these two songs into the studio to record. After the recording sessions, the album was put on hold due to Covid. From these sessions, you can hear the direction the new record was heading in. Similar to Between Tides but with more of a beach/surf feel. Once recording resumed in May, I had written ten new psych rock songs and the direction of the album pivoted very quickly."

"Dreams Of The Coast releases February 5. 'Haunt' will be included but 'Long Time Ago' didn't quite fit the vibe overall. I love the tune and it's some of my favourite lyrics that I've written so far but, as a whole, it felt like a fish out of the water on that album."

FOR FANS OF... The Byrds, The Felice Brothers and The Jayhawks.

* 'Haunted' is taken from Dreams Of The Coast, released on 5th February 2021.