Fourteen Songs For A Friday Night 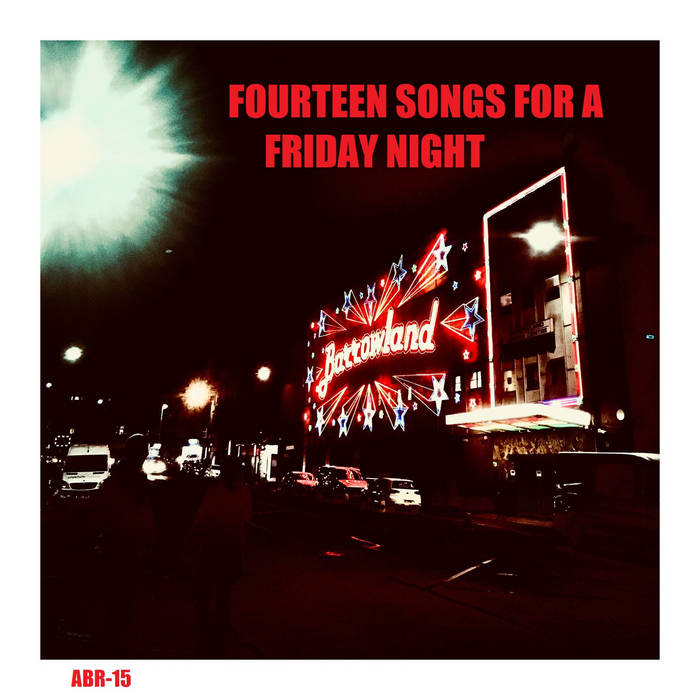 This is not a party record!!! There are a number of tracks that you can have a drink and hit the dancefloor too but this collection of songs represents every type of Friday night; the party nights, the lonely nights, the euphoric nights, and the heartbreak nights. Strap yourself in for this eclectic musical journey...

Our returning artists this time around are The Aim who's fast-paced R&B indie punk is expressed perfectly in the album's namesake, 'Friday Night'; The Unkool Hillbillies who deliver a rollicking rockabilly doo wop shake up, 'Pause 'N' Rewind'; Phil Sorrell who brings in the electronic element with the brilliant, 'Part Of The Game'; and The Room Upstairs who showcase their retro jangly neo-psychedelic folk rock with 'The Reckoning'. We are hugely excited to be introducing Marc Teamaker to the AB Records audience. Marc has two tracks released on this album, one completely solo and one with his backing band, The Soul Shop. These are for fans of soulful, jazzy pop rock with a top voice.

The cover is taken from the best venue in the world to enjoy a musical Friday night, the Barrowland Ballroom in Glasgow!