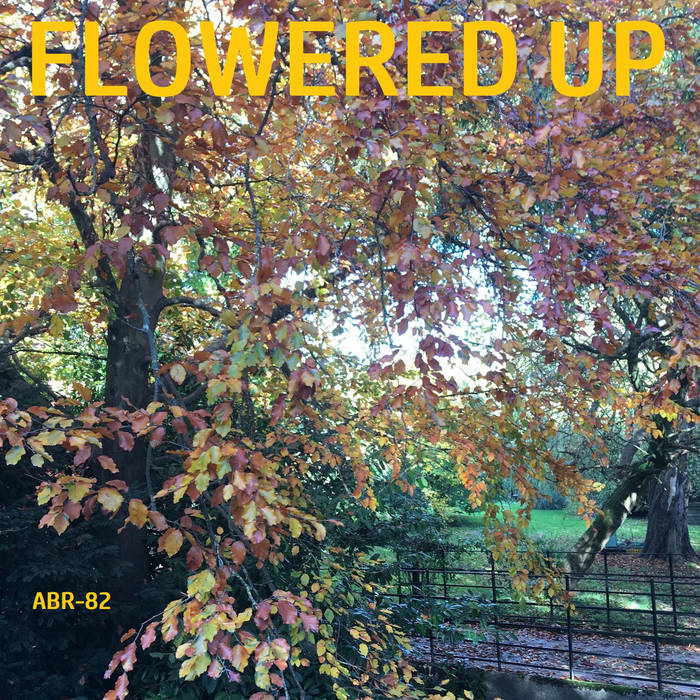 Your weekly compilation of independent music from all around the world. No limitations, no boundaries... just great, authentic and underground music. This collection is entitled Flowered Up after Liam Maher (the frontman of 80s alternative dance group, Flowered Up) who died 11 years ago this month. The album is also dedicated to him and Flowered Up's legacy.

It is extremely exciting to finally feature a song from our long-term collaborators, The Cherry Bluestorms. The Californian neo-psychedelic troupe open the collection with 'Seven League Boots'. We also welcome back Belgium dark pop masterminds, Smashing Birds, and begin a collaboration with Ed Pettersen. Ed contributes two experimental compositions, one from his solo projects and one, a traditional song, from the London Experimental Ensemble.

Dave Jackson is another familiar face. Dave is a member of The Room in The Wood who featured on last week's collection. This week he makes two contributions, one as a solo act and one with his backing band, The Cathedral Mountaineers. These songs land somewhere between country, folk and Americana. Pawl and Ttypes are another great new artist we are thrilled to be working with. They specialise in an experimental brand of Americana and have offered up a track from their collaborative project. Next week, we will be bringing you a solo track from each performer.

There are plenty more fresh faces to introduce too. The Hummingbird Syndicate deliver some jangly roots rock that proves to be reminiscent of Tom Petty and Bob Dylan, and The Danny Smith Project give us some experimental progressive folk rock from their 2010 album, The Instant Musical. We then move on with some raucous traditional folk from The Orange Circus Band, some melodic alternative rock from J.E. Duffy, and some skiffle-based, lockdown-influenced rockabilly blues from The Gold Hope Duo.

We have the indie punk rock of Rose Blush, Saint Severin's anthemic post-punk, and Mike Bankhead's huge-sounding Midwest rock. There is also indie folk from Noble 5th and The Confidence, rootsy alternative rock from Andrea Flanagan, and neo-psychedelic folk rock from Professor Mikey. The collection winds down with the country rock of The Nations, the perfectly-written Americana of Will Rainier and The Pines, and the folky Americana of Gordie Tentrees and Jaxon Haldane.