Everybody's Out There Doing Nothin' New (It Doesn't Matter To Me) 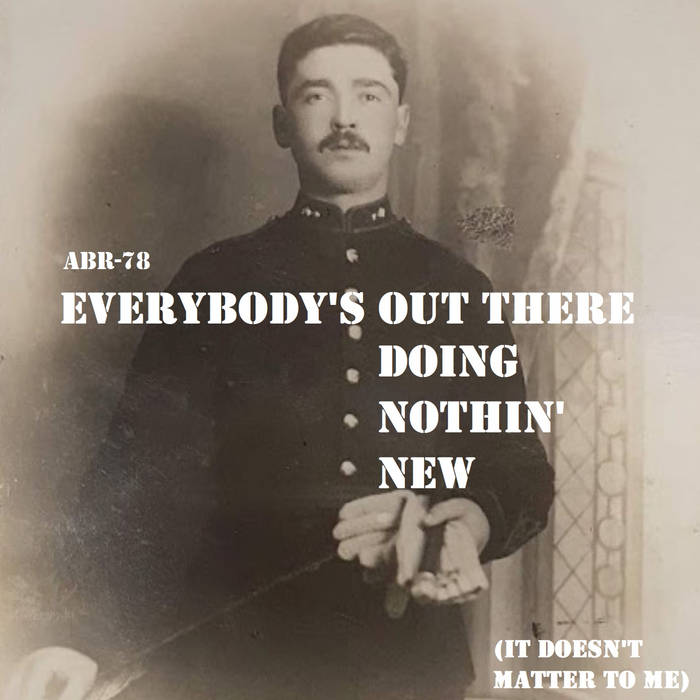 The compilation idea is almost one year old and we could not think of a more worthy set of artists to celebrate with. They come from all around the world with a variety of different approaches but it is all authentic, great stuff. There is plenty to discover, plenty to uncover, do not miss out. Download, listen loud, and dig deeper on your new discoveries. Support independent music today!

As always, we welcome back a few familiar faces to help us out. Bob Fleming and The Cambria Iron Co, this week's e-zine cover feature, come to us from North Carolina to deliver some of their brilliant heartland punk. Andy Pickering, formerly of The Telmos, introduces us to his new solo direction, a glorious slice of 60 revivalist pop. Frequent contributor, James Walsh, also makes his first compilation appearance with his post-punk project, Kirby Walsh, a recording project that was overseen by The Alarm's Steve 'Smiley' Barnard. Our final returning alumni are Canterbury-based psychedelic experimentalists, Anderida. Pushing out boundaries as always!

This week we open with a cosmic disco funk freak out from Sugar Fed Leopards. We then have some Scottish alternative blues rock from Chasin' The Train, some melodically charged powerpop from Steve Gilligan, and some beautiful folk traditions from former Goanna member, Rose Bygrave. Hypnotic Eye deliver us some electrifying garage punk, Pete Willson and The Rooks serve up the high-octane post-punk revival, and The Speed Of Sound take listeners back to the height of 80s post-punk.

Michael J Sheehy gets a little earthy with his folk rock contribution, Jackson / Williams are all about the harmony-driven Americana, and then Steve Goldberger gives us classic country rock sound. There is contemporary alt country from Kevleb, synthwave from M.A.N, and alternative pop adventures from Jester Society. Banjo Jen, British bluegrass, and Joe Soko conclude this week's selection. Soko contributes two tracks, one that he co-wrote with his partner, Myrna, and a concluding number from his 'strange folk songs' record.

Thanks as always. Enjoy, play loud and support independent music.

If you like Everybody's Out There Doing Nothin' New (It Doesn't Matter To Me), you may also like: