Don't Want You To Go: A Collection Of Independent Music In Support Of Mental Health Awareness 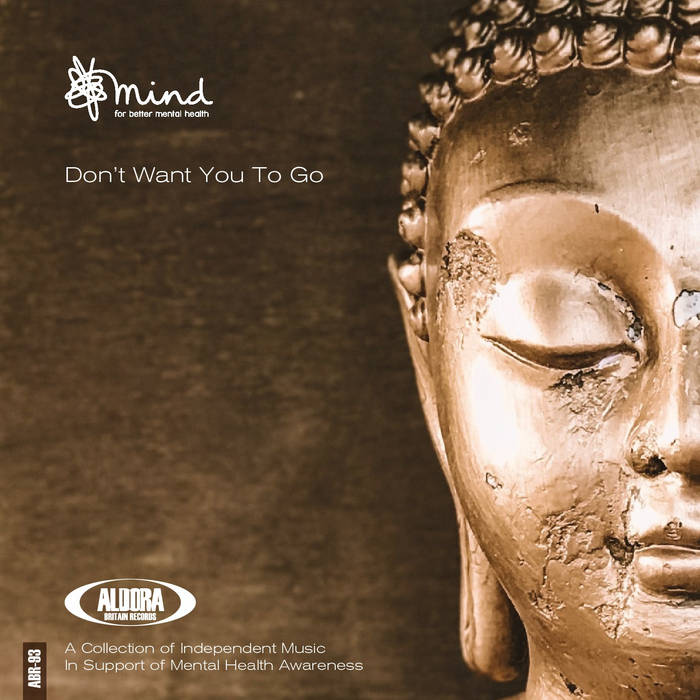 stanoleee Thank you for bringing together all this great talent in support of Mental Health Awareness. Favorite track: Live.

"Mental health is something that will affect everybody over the course of their lifetime. Some will talk about it and some will bury it away, burying it away can be a very dangerous course. This collection of music is an attempt to use the power of music to open a discussion. We want more people to become aware of the help that is out there and to support these vital lifelines. In this case, we will be donating to MIND, a British-based charity devoted to improving people's mental health. There is always someone who will listen."

"I would like to dedicate this album to Abby Young, Tom Knights and Scott Hutchison. Abby, Tom and Scott all lost their fight with mental health. Abby was a girl I went to school with, I will never forget her funeral. Seeing all my old schoolmates at a funeral when we were all aged just 21/22 was a harrowing experience. Tom was the frontman of The Mono Poly's, a band I worked with extensively in Aldora Britain Records' initial run. An amazing talent with such artistic flair. Scott was the band leader of Frightened Rabbit, one of my favourite local groups whilst I was growing up. Their albums left a lasting impression on me. Three amazing personalities that were lost before their times. Rest in peace, this one is for you."

"Is there anything more important than mental health?"

"Well, we need oxygen to breathe, food and water to nourish our bodies, warmth to survive these harsh winters. Feeling safe is important, as is a sense of belonging. These are our basic, fundamental needs and are essential to everyone's ability to function and survive. But is functioning and surviving our sole aspiration in our journey through life? 'No', I hear you say, 'What about love, humility, justice, helping others, self-esteem, self-worth and, ultimately, self-actualisation. We don't want to just survive, we want to flourish. We want to feel fulfilled."

"And while these things are attainable to many of us, there is one thing we need in order to achieve them: good mental health."

"Mental health is something ALL OF US have. It is what adds colour, passion and meaning to our lives. We have physical health because we have bodies, ergo we have mental health because we are sentient beings who think and, perhaps more importantly, feel. Having worked as a mental health professional for over thirty years, I have helped, treated, supported, loved, and done battle with thousands of people who have needed help with their mental health. These people are all very different from each other but they all have one thing in common: thoughts and feelings that cause distress, anxiety, confusion, self-criticism, even self-loathing. The other thing these people have in common is a sense of amazement that others might be experiencing these same things."

"But of course, we all do. If there is one person who has never experienced a self-critical or negative thought about themselves which in turn has resulted in either poor decision making or unhelpful behaviour, please let me know. I won't be holding my breath though..."

"What I'm getting at is this: that irrespective of social class, background, colour, creed, culture, size, shape and sexual orientation, we are all pretty much the same when it comes to mental health. We all have it. Sometimes it is good, sometimes it is bad and at these times, some of us need a bit of help and support."

"MIND are a mental health charity working hard to support people during these difficult times. MIND provide advice and support to everyone with a mental health problem. They campaign to improve services, raise awareness and promote understanding and won't give up until everyone experiencing a mental health problem gets support and respect. You will have heard of MIND but probably aren't aware that they celebrated their 70th anniversary in 2016 and are older than the NHS. This album and all profits made from it will go directly to them. So please buy it. Discover brilliant new music at a ridiculously low price and help a deserving charity at the same time."

This album is dedicated to Abby Young, Tom Knights and Scott Hutchison.

Special thanks to MIND, all these ABR artists, Bill Newton and Rik Bardsley. This project would not have happened without you.

If you like Don't Want You To Go: A Collection Of Independent Music In Support Of Mental Health Awareness, you may also like: