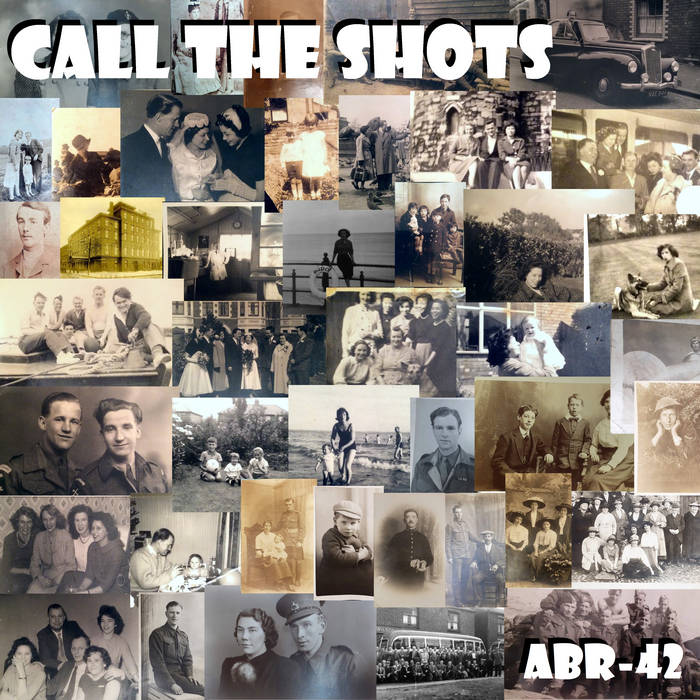 CALL THE SHOTS is this week's offering of independent, underground and authentic grassroots music. Over an hour of guitar-driven bliss. Sounds good, doesn't it?

This week we have a (tenuous) link to The Housemartins. Percy contribute a track, 'Love Song', from their brand new album, 'Seaside Donkeys'. Percy are the 90s post-punk group that featured Hugh Whitaker on drums for seven years after he departed The Housemartins. Hugh has moved onto pastures new but Percy are still making incredible, gritty new wave music.

The title from this set is taken from Groovy Uncle who also contribute a track. We have been collaborating with Glenn and the band for our whole seven year existence and I am thrilled to confirm that their latest album, 'The Man Who Calls The Shots' (tip of the hat) may be their best yet. 'Hedging My Bets' provides a perfect taster as track four.

Brad Mott, who we originally featured on 'Our Time Will Come', a compilation we put out in 2014, before the wilderness years, is back. Brad shows off his mixing and mastering skills with a remaster of 'Summer Coat'. Be sure to get in touch with him to make your music sound that little bit better.

We also welcome back the French experimental pop genius of Cimrya Deal with his track 'Shine On Me', the raucous Canadian neo-rockabilly of the Blackball Bandits, and the hard and heavy surf rock of Edinburgh-based Mariachi Death Squad. It is an absolute pleasure to have each of these artists back, incredible talent.

Our new arrivals include Rich Webb, Bob Dylan-esque folk rock; Jak's, relentless and upfront melodic powerpop; and Space Raft, classic rock with an infectious pop sensibility and a Hammond organ twist. Will Bennett and The Tells give us some rootsy Americana rock, Tex Smith brings us classic honky-tonk country and western, and Hannah Jaye and The Hideaways and Janet Batch deliver us some good old outlaw-inclined bluegrass.

Rob Molli is on indie folk duties with a punk kick and The Lamplight Club make folk rock their own with a brooding track. The Distortionists get primal with some garage rock, Murder For Girls bring back the riot grrrl powerpop, and Lucy Wentworth concludes the set with some lo-fi contemporary folk.