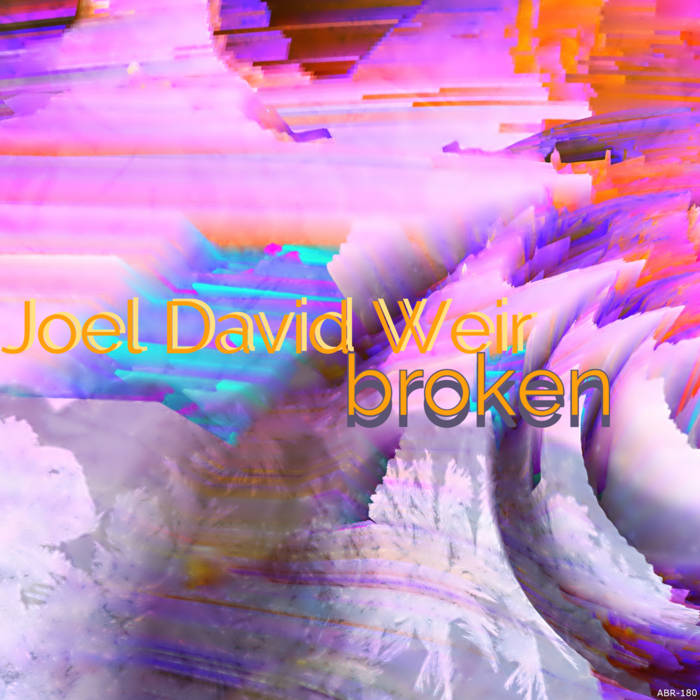 Joel David Weir returns to Aldora Britain Records with his new single 'Broken', the first glimpse into his upcoming Fault record. It is Joel's second release with us, following on from his anthology record last year, American Streets. 'Broken' also features a live recording of 'N.O. Blue' as the B-side. Both songs are tenderly and lovingly crafted, beautiful escapades into troubadouring folk rock.

"I am extremely grateful to Tom and Aldora Britain Records for building a real community of real people who love music connecting with one another. In an age of algorithms and impersonal 'shares' and 'likes', AB feels like something different. I've met so many great people, so many great artists and kindred spirits since being connected to AB. Thanks Tom for giving a good long listen to my catalogue and thinking I was worth giving a good go with."

"The pandemic has been a strange and revelatory time. I've been writing and recording at quite a pace. I suppose it's how I process things best. This song, 'Broken', is actually quite an old song that fell between the cracks for many, many years but was unearthed recently. It seemed fitting and connected well with a group of songs that we were gathering together around the theme of 'fault' - all of the iterations and definitions of that short, sharp word. 'Broken', along with a handful of other songs, became the rough material that my dear friend and bona fide audio Jedi Jason T. Lamoreaux crafted into something absolutely gorgeous and strange and undefinable that will be one of two albums released this year. The EP, Fault, is due out sometime soon through Saint Squirrel Records and will be available on joeldavidweir.bandcamp.com. An exclusive single for the other upcoming album, a full band rock/American album, Little Sign Of Life, will be coming out on AB in the near future as well. Stay tuned!"

"For now, here is my offering. I hope it helps in some way and brings something good to your life. You are not random. You are loved."