Are You Not Blue? 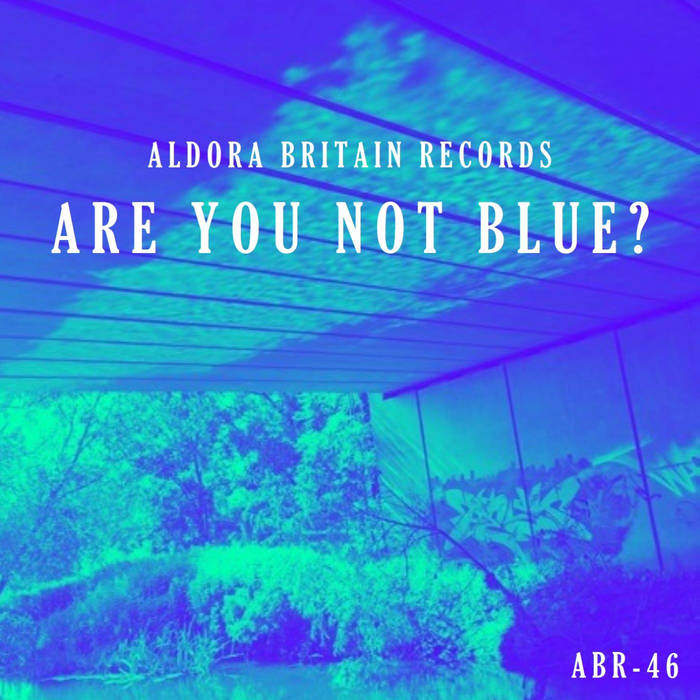 ARE YOU NOT BLUE? is the latest instalment of the Aldora Britain Records compilation series. This time around we feature nineteen of the finest independent artists from all around the world, covering a vast array of genres and styles. There is so much to discover here and we really enjoyed digging through all the featured artists' records to pick out songs, an especially tough process this week.

The title is a reference to a track that appears on the compilation, 'Am I Blue?' by James McClaskey and His Rhythm Band. The original idea behind the cover art was to make something similar to Blue is The Colour by The Beautiful South, the idea eventually evolved into what is presented now. We wanted to bring in the idea of being 'blue' as a number of musical icons have passed recently - Ennio Morricone, Charlie Daniels and Judy Dyble. This collection is also dedicated to these three individuals and their extensive influence on the canon of popular music.

The album sees the return of Brighton's brilliant Tenderhooks who contribute a track from their 20-20 Vision record. 'Cell Number 9' continues in the tradition of such prison-bound songs as Johnny Cash's 'Folsom Prison Blues' and Glasvegas' 'Polmont on My Mind' but with added melancholy. The remaining artists are all brand new to the compilation series.

We have the lo-fi alternative guitar rock of Vaguess, the alt country - pop punk crossover of Jorgensen, and the pop sensibility glam metal of Nathaniel Kinsey. Things move along with James Edwyn and The Borrowed Band, rootsy folk rock; James McClaskey and His Rhythm Band, prohibition era bluesy jazz; and The Fox Sisters, screaming garage soul.

The Wounded Healers contribute a tearjerker of a track in a style that lands between folk, Americana and adult contemporary. They also granted permission for a track from their gothic folk side project, Marsh Gothic. The two songs and their opposing styles show the depths of creativity that songwriter, Peter Conner, can call on, a truly talented contemporary artist.

The remaining contributions come from the meaningful alternative pop of SheBeat, the lo-fi alternative folk rock of Jeremy Nail, and the indie post punk of Macatier. Comrade Catbox deliver some Britpop revivalism, Pre-Cog In The Bunker bring continental post-punk, and JF Zastrow shares his acoustic folk punk escapades. There is the jazz-swing-soul hybrid of Grifter Kid and The Midnight Raiders, the one-take Americana folk of Luke Tuchscherer, and the frontal assault psychobilly of Wild Karma. Finally... we have the Oregon garage powerpop of The Toads.