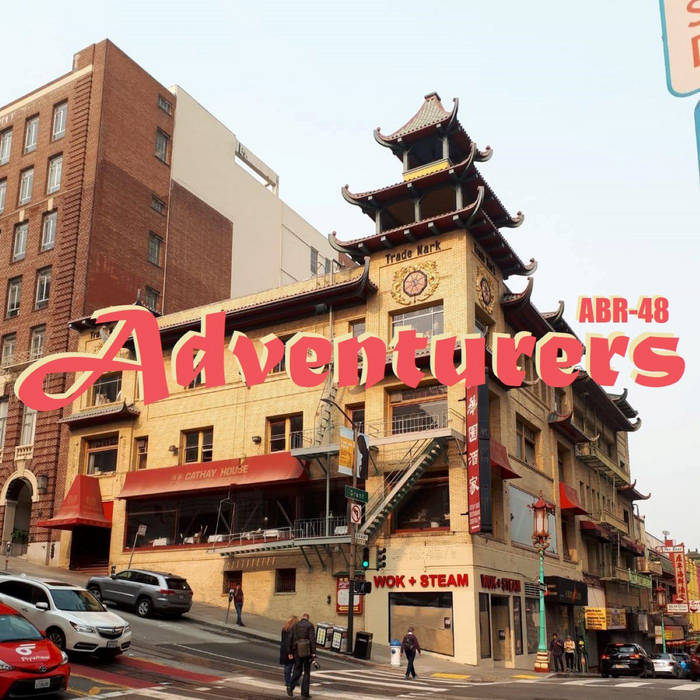 ADVENTURERS is our compilation album this week and you would be hard pushed to find a more eclectic collection of independent music. All authentic, all grassroots, all underplayed. The title is taken from a track by A Cast of Thousands which appears on this album. We thought it was apt considering the adventurous trait that many of the artists on this compilation share.

We see the Wild Deuces return to show off their hip-shaking rockabilly chops and Patrick McKenna also with his classic mind-bending rock sound, we then have a cast of seventeen AB Records 'newbies'. Special mention goes to A Cast of Thousands who deliver some paisley pop and also contribute a track from an older project, Teenager, circa 2007. It sill amazes us the amount of musical brilliance that is buried like this!

We also welcome the young Australian punks, Hollow Minds; the country pop Americana hero, Paul Broadhead; and the Irish alternative rock lads, French Ketamine. It is then full steam ahead with the funky psychedelic pop excursions of The Screens, the dark and brooding alternative folk of Roisin Dubh, and the unforgettable garage rock experiments of The Creepy Jingles.

Proceedings, of course, turn towards the 'rootsy' side with country rockabilly (think Johnny Cash) from Stan Matthews, earthy country rock from The Denim Daddies, and experimental bluegrass punk sounds from Datson. Things then get turned up with... Braddock Station Garrison deliver some stomping southern rock and roll, Goddys give us technicolour heavy psych, and Killing The Day serves up some new wave indie pop. The final entries come from the pop punk of All Systems Go, the jungle rock of Dain Norman and The Chrysalis Effect, and the outlaw country of Kristina Murray.