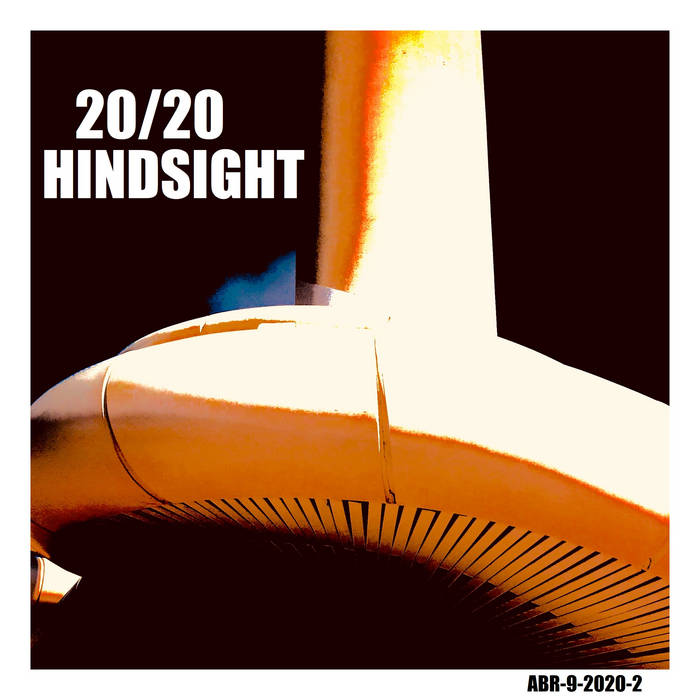 Hugely proud to present you with the second half of our '20/20' double, '20/20 Hindsight'. Another collection of songs from a variety of genres and styles, the album looks towards the future. This was the idea behind the futuristic artwork which is a Star Wars-esque sci-fi spiral staircase in Maspalomas, Gran Cananaria.

The album features the title track from Groovy Uncle and we also have Button Up and Aldo Cruickshank returning to AB Records. There are two very exciting additions from Little Murders, an iconic Aussie powerpop group from the late 70s/early 80s, and an exclusive track from Ocean Forest, the side project of Grant Nesmith. To add to the musical carnage we have four more artists from the Rebel Music Records label; The Panthers, Wild Deuces, Snakebite, and French rockabilly ace Billy Brillantine. The High And Wides. who have charted on the Billboard bluegrass chart inside the Top 10, showcase some of their new material, and Jeni Hankins contributes a solo track and a track from her former duo, Jeni & Billy. Completing the compilation we have the Americana folk of Thunder And Rain, last but not least!